An Instagram page can tell a lot about their owner. Some show their cooking art, others make detailed collages of their trips around the world,  while beautiful girls have a hobby of taking pictures of themselves and their body parts. 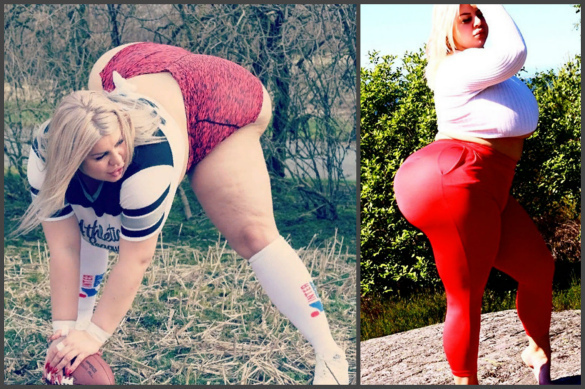 Twenty-five-year-old model from Sweden Natasha Crown also makes photos of her appearance, but the pictures that she posts on her page are special indeed. The woman does not conceal her addiction to plastic surgery, especially to plastic surgery of her buttocks.

Natasha Crown had her first surgery to enlarge her buttocks when she was 20 years of age,  Mail Online wrote. She then realised that she was obsessed with that part of her body.

To have perfect buttocks, the woman eats only high-calorie food in a hope that her buttocks will grow bigger. These days, the woman's buttocks are two meters around, but she still thinks that her backside is small. "I'll do whatever it takes to have the world's biggest bum," she says.