Three years ago, during Petro Poroshenko's inauguration ceremony, a the twenty-odd hourly honorary of the presidential regiment collapsed in front of TV cameras as Poroshenko was passing him by. 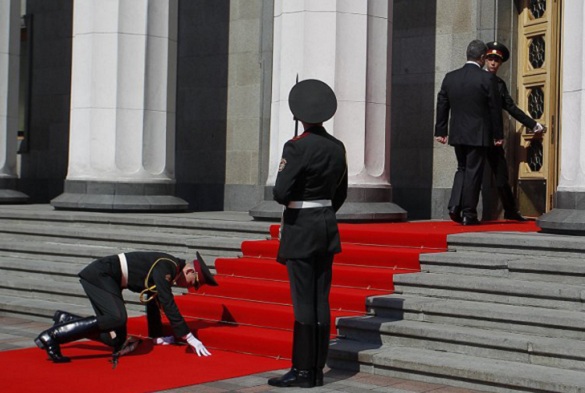 The military man, named as Alexander Sikalo, underwent a medical examination soon after the incident. The young man was diagnosed with heart problems and kidney disease. However, he received no medical treatment, but was simply dismissed from the army, Vesti Ukraine reports.

Upon his return home to the Cherkasy region, Sikalo underwent another examination, for which his family had to ask borrow money from friends.

The former sentry currently resides in his native village of Shenderovka. He still suffers from kidney pains and fainting fits. Doctors say that the man needs to undergo thorough medical examination, but his family can not afford it.

According to Alexander's mother, he was absolutely healthy, when he joined the army. During army service, the young man had pneumonia. According to doctors, his illnesses come as complications after pneumonia that military doctors had ignored.