Hollywood's most beautiful couple, Angelina Jolie and Brad Pitt, filed for divorce in the autumn of 2016. Officially, Jolie and Pitt had a fight on board a private jet. Reportedly, the fight became the "last straw" for Jolie. It was reported that Pitt hit his son Maddox, although the exact cause of the conflict has not been disclosed. 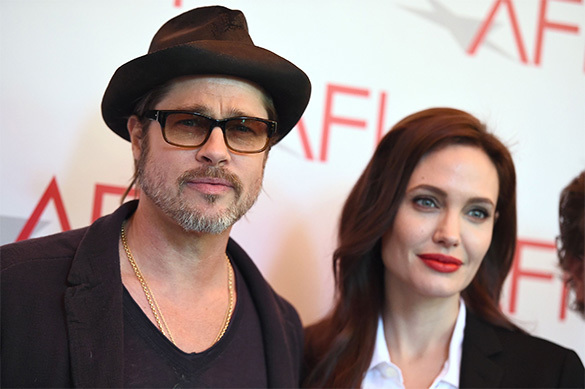 A source close to the famous family unveiled a few details about the unfortunate incident. The source told US Magazine that the flight lasted for 12 hours. Brad Pitt had had too much alcohol, and an hour before landing, the actress asked her husband to sober up. She texted her assistant asking  for additional vehicles for herself and her children. When the plane landed, Brad Pitt took another car to leave the airport.

The source claims that because of Pitt's addiction to alcohol, Jolie had intended to divorce him a few months before the conflict in the plane occurred.
In a recent interview with GQ, Brad Pitt said that he stopped drinking after the divorce and opted for only soda and cranberry juice.

Angelina Jolie and Brad Pitt got married on August 23, 2014. The couple had been together since 2005. They have six children, three of them adopted. After the divorce, the children of Angelina Jolie and Brad Pitt refused to live with their mother. Their son Pax and daughter Shiloh preferred the company of their father, reports Life. Brad Pitt refused to fight for the children and did not demand joint custody.