Angelina Jolie to divorce Brad Pitt. French actress is the cause

Will Brad Pitt and Angelina Jolie are going to divorce right after their wedding anniversary. Western media reports that the main cause of it is Jolie's jelousy of Pitt's romance with french actress Marion Cotillard. 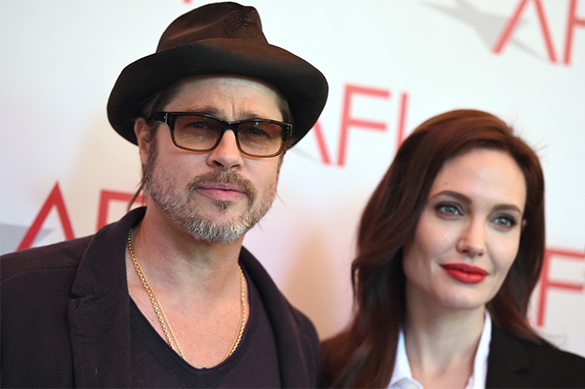 Recently the western media dropped a new bombshell. One of the most famous Hollywood couples - actors Brad Pitt and his wife Angelina Jolie - for the past months face the rumors of a possibility of their divorce.

Fans have noticed a connection between Pitt and actress Marion Cotillard and that is why they blame this romance of ruining the famous "Brangelina" relationship.

Although the insider didn't reveal who Jolie was jealous of, rumors continue to swirl regarding the chemistry, both on-screen and off, between Brad Pitt and his Allied co-star, Marion Cotillard.

"For a while, the excitement of getting married masked their troubles, but lately, they've been having explosive fights. Neither of them is sure that they can or should, hang on anymore", told an anonymous souce to the OK! Magazine.

Some people accuse Jolie herself of behaving herself incorrectly. She "barely eats, she guzzles wine every night and she smokes constantly," the insider added. "[Brad Pitt]'s just exhausted from spending so much energy trying to get her to take better care of herself. It's been hard to watch the woman he loves waste away."

We remind that Brad Pitt and Angelina Jolie began filming in 2005's Mr. & Mrs. Smith when he was still married to Jennifer Aniston, but that didn't stop them from falling in love and in spring 2005, just weeks after Aniston filed for divorce, the couple went public with their romance during an outing with Jolie's oldest adopted son Maddox, now 14, whom Pitt later adopted, in Kenya.