Residents of the city of Sevastopol said that the water in the Round Bay of the Black Sea turned green. The people promptly informed EMERCOM of the phenomenon. 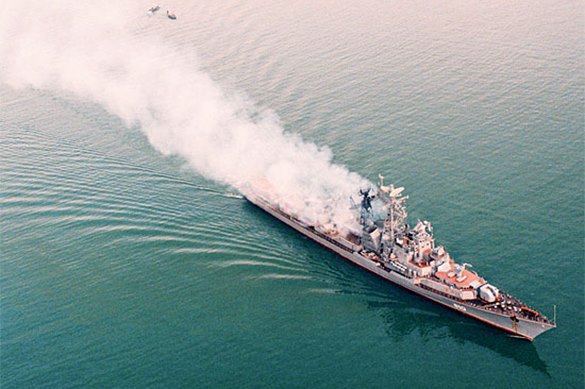 "In the waters of the Round Bay, an unknown substance colored the sea water lettuce-green. Water samples have been taken and sent for analysis," an official said.

For the time being, it remains unknown whether it was a food coloring or a substance that may cause harm to humans and marine life.

In April of 2017, the water area near the Crimean Peninsula turned yellow because of bad weather. Numerous photos of the mysterious phenomenon appeared on the Internet. Environmental experts said back then that it was sand, microelements and other minerals that the storm raised from the bottom of the sea and colored the water yellow.

Another interesting phenomenon took place in the Black Sea in early January of this year. The water in the Black Sea near the city of Burgas, on the south coast of Bulgaria, froze the first time in 63 years. The sea has frozen three times over the past 100 years in this location - in 1929, 1942 and 1954, the Trud newspaper wrote. The Danube River froze almost completely, the navigation on the river was stopped.