Russia and China are currently working on a film project under the tentative title "Viy 2": "Journey to China," the press service of the producer of the film, Gleb Fetisov, said. 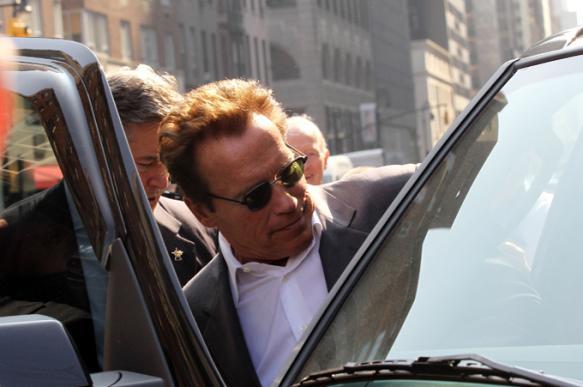 Arnold Schwarzenegger, Jackie Chan and Jason Flemyng are said to be involved in the project.

"The filming with Schwarzenegger is held in China. There is another Hollywood star taking part in the making of "Viy 2" - Jackie Chan," RIA Novosti quoted the producer's press service.

The Chinese side sees the "Viy 2: Journey to China" as a potential blockbuster and hope to collect hundreds of millions of dollars in the local box office.

British actor Jason Flemyng ("Lock, Stock and Two Smoking Barrels" and "Snatch") will play the main role of British explorer Jonathan Green. In the film, Mr. Green receives an order from tsar Peter I to produce maps of the Far East of Russia and finds himself in China.

"Viy" is a horror novella by the Russian writer Nikolai Gogol that he published in 1835. The title of the story is also the name of the demonic creature. "Viy" the motion picture was made in 1967 in the Soviet Union and became one of the leaders of Soviet film distribution in 1968 (32.6 million viewers). The 1967 motion picture became the USSR's only horror film.