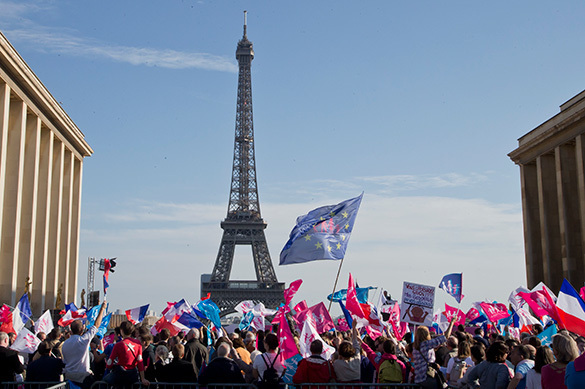 More than 20,000 citizens decided to stand for traditional family values.

In particular, the protestants demanded to lift the law which allows representatives of the sexual minorities to get married and adopt children as well. Beside that, people stood against surrogacy the same-sex couples often apply.

As Pravda.Ru reported, the same-sex marriages were legalized in France in 2013 after Francois Hollande was elected President. It was one of his election campaign's main items.

The Sunday manifestation was backed by the right politicians, leader of the National Front Marine Le Pen claimed in particular that she would reconsider the law in case of her victory at the presidential elections of 2017.