Chief editor of the Norwegian Aftenposten Espen Egil Hansen has accused the founder of Facebook after a photo with victims of the Vietnam War had been deleted from the social network. 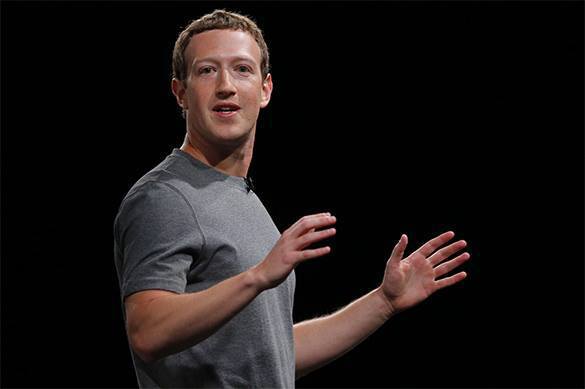 The photo, which became an apple of discord between Zuckerberg and Hansen, depicts a naked Vietnamese girl who suffered burns as her village had been burnt with napalm. The Facebook deleted the photo because of the ban on nuked bodies. However, Hansen believes that historical photos should be distinguished from pornography.

I follow you on Facebook, but you don't know me. I am editor-in-chief of the Norwegian daily newspaper Aftenposten. I am writing this letter to inform you that I shall not comply with your requirement to remove a documentary photography from the Vietnam war made by Nick Ut,' the journalist wrote.

According to Hansen, demand to remove the photo came in an e-mail from Facebook's office in Hamburg Wednesday morning. Less than 24 hours after the e-mail was sent, and before the editor-in-chief had time to give his response, the article along with the image was deleted from Aftenposten's Facebook page.

The Chief Editor reminded that a Norwegian author Tom Egeland has recently posted seven photographs (including that of Ut) on Facebook that changed the history of warfare. The photo was deleted. Egeland criticized the Facebook, after which he was banned.

Espen Egil Hansen believes that free and independent mass media have a task to bring information including photos which may seem unpleasant to some people.

'Mark, please try to envision a new war where children will be the victims of barrel bombs or nerve gas. Would you once again intercept the documentation of cruelties, just because a tiny minority might possibly be offended by images of naked children, or because a paedophile person somewhere might see the picture as pornography?' the journalist asked.

The photo was taken in June 1972, and the author got Pulitzer Prize in 1973. The girl depicted on the photo survived, and gained worldwide fame due to the picture. In 1997 she was appointed as the UN Goodwill Ambassador.

Facebook has been accused of political bias many times. Official page of Pravda.Ru has also become a victim recently.