In Yakutia Republic, a woman gave birth in the taiga, while rescuers and police officers were chasing bears off from the her. The woman went fishing with her husband at the 40th week of her pregnancy, and she went into labor when the couple was traveling in the middle of nowhere. 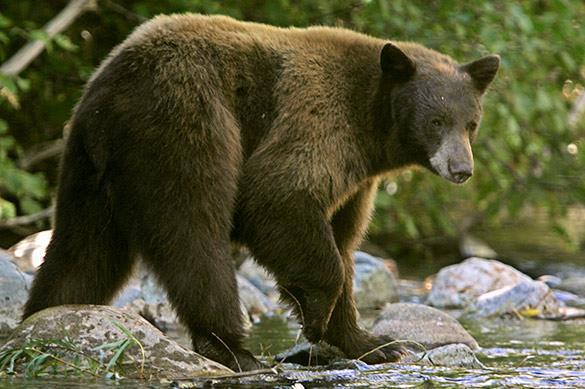 The woman's husband and her sister trued to take her to hospital, but their SUV fell into a swamp and died. The man left his wife and her sister in the taiga and went to look for an area, where he could catch a signal of a cell phone network.

At Around midnight, a local ER service received a call from a man, who said that his wife was giving birth in the taiga.

ER vehicles could not reach the location, where the woman was staying, and medics had to go on foot to find the woman.

"All-terrain vehicles got stuck in the swampy soil, and the medics had to carry the woman and her baby to take them out of the swamp to the highway, while a police officer with service weapon was scaring bears  away from them," RIA Novosti reports.

The woman's condition is satisfactory. She gave birth to a healthy baby girl weighing 3.49 kilograms.