In Russia's Sakhalin, rescuers saved four killer whales that were trapped in ice near the coast. All the four whales were successfully released into open waters. 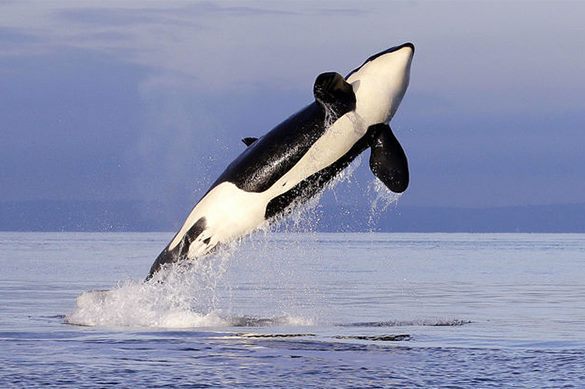 According to the press service of the Russian EMERCOM for the Sakhalin region, the largest of the four whales, about seven meters long, was released into the ocean at the end of the line. "Animal rescuers and volunteers covered the sea mammal with tarpaulin to reduce heat loss and were pushing pieces of ice away from the animal on the way to ice-free waters," officials said.

A specialist in marine animals at Sakhalin Energy Company and a veterinarian from the village of Stardodubskoe made an injection of adrenaline to the orca and smeared vaseline on the animal's open wounds. "During the tide, the rescuers started guiding the male orca, whom they named Willy, through an arc line in the ice field to open waters," a representative of the department said.

The rescue operation had been successfully finished by six in the morning. Locals took an active part in the operation and provided all necessary assistance, the Rossiyskaya Gazeta wrote.