What happened to Angelina Jolie?

Disclaimer: Brad Pitt did not threaten to divorce Angelina Jolie because of her weight loss issues. US-based entertainment website Gossip Cop debunked recent rumors about the actress, who was said to be on the verge of death. 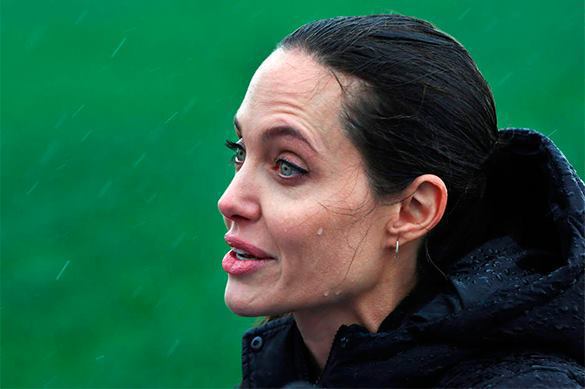 Earlier, mass media reported that Jolie was hospitalized in critical condition. Tabloids wrote that her weight was only 35 kg (79 lbs).

It was reported that Angelina Jolie was either battling cancer or starving herself. Tabloids later wrote that her husband, actor Brad Pitt, threatened to divorce her, if she continued losing weight.

Gossip Cop spoke with a source close to the celebrity family and said that the gossip was complete nonsense. According to the publication, reports saying that Jolie did not have enough energy to get out of bed were untrue.

The source said that Jolie is now working on a project in Cambodia. She is producing a drama "First They Killed My Father," in which she also appears as a script writer.