Jolie calls to punish IS for sex terror

Angelina Jolie, the Hollywood actress and the UN goodwill ambassador delivered a speech in a special committee of the British House of Lords. 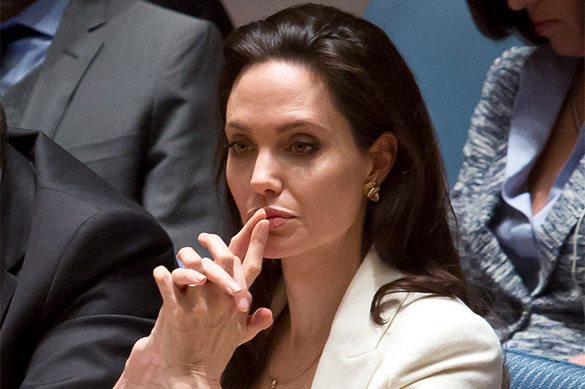 Talking about rape and violence, Jolie noted that this method is widely used by the Islamic State fighters and is a "brutal terrorising weapon". The UN envoy called to punish fighters for humiliating women and demanded to combat the practice of kidnapping young girls and selling them into slavery.

Jolie also said about revelations of kidnapped girls and women, the youngest of whom was only 13 years old, who managed to escape. Angelina noted, that poor girl was handed over to various "masters" several times and then sold at an auction for 40 dollars.

As she added, the sexual terror, which is used as a centrepoint by the fighters, threatens to destroy communities and families not only in Syria and Iraq, but in the whole world.

Pravda.Ru reported that one of the IS group commanders was shot yesterday in the Iraqi city of Mosul. Former sex slave managed to escape and killed him, having promised to revenge for tortures and harassment.