A six-year-old boy fell off a bouncer at a shopping mall in the city of Ryazan. When the boy returned home from hospital, he started making scary drawings. The boy, ned only as David, started drawing black monsters. 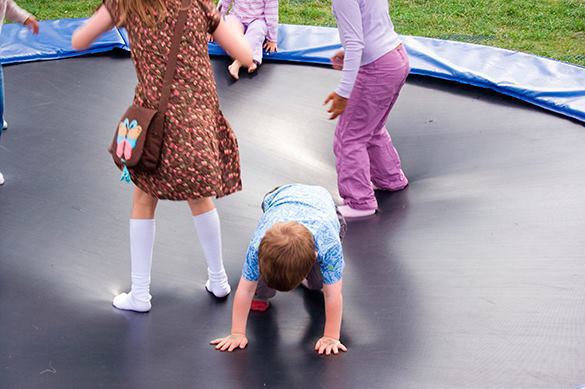 Prior to the incident, the boy's parents have never noticed anything depressive in his behavior. His drawings were always bright, he liked to draw the sun, his smiling parents and flowers. To crown it all, David now refuses to go to the kindergarten because of his new fear of communicating with other children.

However, psychologists do not see any reason for concern, since this behavior is normal for a child who experienced such a stress. According to doctors, scary drawings help the boy get rid of fear. According to specialists, the boy, who now does not have a sense of security in the world, is trying to restore harmony with the help of drawings.

Having fallen off the bouncer in the shopping mall, the boy suffered a fracture of the skull base. At the time of the fall, his mother was busy with her other child. According to his mother, after the incident, David began to stutter, suffer from migraines and interrupted sleep.