Actress Lindsay Lohan was sentenced to four months in prison 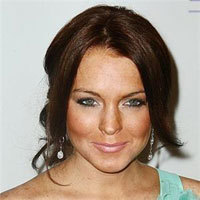 Actress Lindsay Lohan was ordered to jail Friday on a probation violation connected to the alleged theft of a necklace, but she also scored a victory as a judge reduced the theft charge from a felony to a misdemeanor.

Los Angeles County Superior Court Judge Stephanie Sautner ruled that Lohan violated her 2007 drunk-driving probation by wearing a gold chain out of a Venice jewelry store in January and failing to return it until she learned that detectives were preparing to serve a search warrant.

Sautner gave her 120 days in jail, plus 480 hours of community service. Lohan was impassive as sheriff's deputies led her out of the Airport Courthouse after an afternoon of testimony, according to .

"I'm going to give her an opportunity," the judge said.

She also said she hoped to give the "Mean Girls" and "Freaky Friday" star a dose of perspective by sentencing her to almost 500 hours of community service, including time at the county morgue and 300 hours at a women's shelter reports.