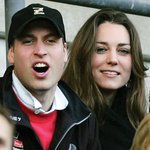 Prince William and Kate Middleton are engaged and will marry next year, Clarence House announced today.

William proposed during a holiday in Kenya last month after asking Kate's father for his daughter's hand.

The couple, who are both 28, have been together for a marathon eight years. Kate had been dubbed 'Waity Katy' amid criticism she was hanging on for a proposal but now her wait is finally over, Daily Mail reports.

In a brief statement, William's father, Prince Charles, said that he was "delighted" to announce the engagement between William and Miss Middleton, both 28, and that they would be married next spring or summer.

The statement added that the couple would live in North Wales, where William is stationed with the Royal Air Force, New York Times informs.