Iceland 's prime minister has married her partner under a new law legalizing same-sex marriage in the country. 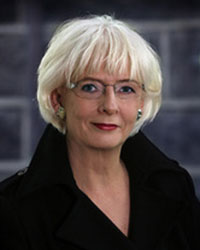 One of her advisers, Hrannar B. Arnarsson, said Monday Prime Minister Johanna Sigurdardottir and writer Jonina Leosdottir were officially married Sunday, the day the law came into force.

The pair has been in a registered partnership since 2002 and had applied to have it converted into a marriage under the new law. No ceremony was held.

The law was passed without a dissenting vote in Iceland's parliament June 11, The Associated Press reports.

According to a RUV broadcaster, the 68-year-old PM officially married Jonina Leosdottir, a writer, after the couple submitted a demand for their civil union to be converted into matrimony.