Dixie Carter, 70, a stage and television actress who helped expand the possibilities of American and Southern femininity as a star of the long-running TV sitcom "Designing Women," died April 10. Miss Carter died at a hospital in Houston. She had cancer. 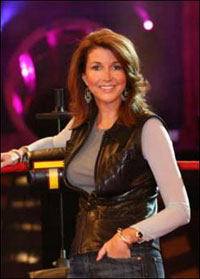 Plans had been made for Miss Carter to appear in Washington starting in June in a revival of George Bernard Shaw's "Mrs. Warren's Profession." However, it was reported last week that she was recovering from surgery and would not be available in May for rehearsals.

Her most famous role was as wisecracking Southerner Julia Sugarbaker in "Designing Women," a CBS sitcom that chronicled the work and personal lives of four women in an Atlanta interior design firm, Washington Post reported.

Husband and fellow actor Hal Holbrook called a "terrible blow" for their family.

The Tennessee native, with her unmistakable Southern accent and style, was a Broadway veteran before she landed a series of high-profile television roles that made her a national star.

She found perhaps her perfect part in Julia Sugarbaker, the wiser and wittier half of a pair of sisters who ran an Atlanta interior decorating firm in "Designing Women." The CBS sitcom that had a seven-year run on the network and an endless life in reruns, The Associated Press informs.