JLo to Become a Part of Glee

The singer is going to please her fans by appearance in the famous show. 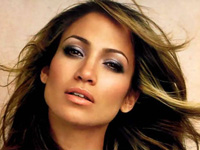 JLo to Become a Part of Glee

“I have a meeting with Jennifer Lopez in a couple weeks,” Murphy said Sunday night. “She wants to come on. We want her to be a cafeteria lady.”

Murphy says the interest in being on the show from A-listers like Julia Roberts and Julianne Moore is “amazing.”

He gave a sneak preview for when the series returns in April.

“We are shooting right now a Madonna episode, a tribute to Madonna,” Murphy says. “She may or may not be in the show. We are doing a great number with Jane Lynch and Olivia Newton-John. They are going to do ‘Physical.’” — Catherine Donaldson-Evans