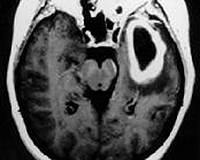 The new studies could potentially save millions of lives – they say that treating patients quickly for mini-strokes could dramatically cut the risk of a major stroke later.

In research published in The Lancet and The Lancet Neurology, British and French doctors found that patients treated within 24 hours of having a transient ischemic stroke, a small stroke, cut their chances by 80 percent of having a more serious stroke in the next three months.

Such large reductions in risk are rare, said Dr. Peter Rothwell, a professor of clinical neurology at Oxford University and the Lancet study's lead author. "We normally get excited about 10 to 15 percent."

Rothwell said minor strokes should now be classified as medical emergencies. "The health care system needs to be changed to respond to these people quickly," he said. "The current delays in treatment in the United Kingdom are no longer acceptable."

In Britain, most patients who have small strokes are referred by their doctors to specialist clinics. Many wait several weeks before being treated.

Mini-strokes have the same symptoms as a big stroke, including facial numbness, slurred speech, paralysis on one side of the body, blurry vision or a sudden headache. But in small strokes, the symptoms last less than a day.

Rothwell's study was drawn from a larger population of nearly 100,000 people to investigate vascular disease. Of 1,278 patients who had a stroke or a mini-stroke, he and colleagues examined roughly 600 people who had mini-strokes.

In the first part of the study, 310 patients were observed as they received standard care, as determined by British guidelines, after a mini-stroke. They were referred to an outpatient clinic in Oxford by their doctor for having a suspected small stroke. After a normal wait of about three weeks, patients were typically prescribed drugs including aspirin and other drugs to lower their blood pressure and cholesterol, and to prevent clotting.

Among patients who received delayed stroke treatment, 32 had a bigger stroke. In the other group, where patients were treated immediately for their small strokes, only six had a more serious stroke.

The study was funded by Oxford University. Rothwell has occasionally consulted for pharmaceutical companies that make drugs used in stroke prevention.

Similar research was published in The Lancet Neurology. Dr. Pierre Amarenco of Bichat-Claude Bernard University Hospital in Paris and colleagues set up a 24-hour clinic to treat patients with suspected mini-strokes. Patients were referred to the clinic by doctors in and around Paris.

Among the 1,085 patients followed, the chance that patients would have another stroke within 90 days was 1.24 percent. That compares to a predicted rate of nearly six percent, based on historical medical data.

The Paris study was funded by a French nonprofit organization. The authors declared they had no conflict of interest.

Doctors increasingly say that small strokes should be seen as warning signals for a more dangerous stroke later on, in the same way that chest pain can be a red flag for an imminent heart attack.

"We need to think of transient ischaemic strokes as the 'angina' or 'acute coronary syndrome' equivalent for the brain," said Dr. Ralph L. Sacco, chair of neurology at the University of Miami, who was not connected to the study. Sacco said that patients who have mini-strokes are at high risk of a more serious stroke and should be monitored more carefully.

The British Stroke Association said that Rothwell's study should prompt doctors to treat people more quickly after they have had a mini-stroke.

"We clearly should not be evaluating stroke symptoms in a leisurely sort of way," said Dr. Larry Goldstein, director of Duke University's Center for Cerebrovascular Disease, who was not connected to the studies. "The main message from these studies is that treatment delays can be dangerous."

Nearly 15 million people have a stroke worldwide every year, and it is one of the leading global killers.