Doses of common cold drugs for children not studied enough

Common children's cold and cough medicines are coming under scrutiny from federal drug regulators, who say the remedies and their recommended doses have not been studied enough in children, a newspaper reported. 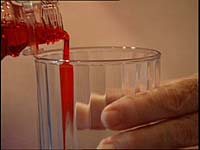 Doses of common cold drugs for children not studied enough

Dr. Charles J. Ganley, a top Food and Drug Administration official, said the agency was "revisiting the risks and benefits of the use of these drugs in children," especially those under 2, The New York Times reported in Friday's editions.

Most over-the-counter cold and cough medicines have been insufficiently tested in children, said Ganley, the director of the FDA's office of nonprescription drug products.

"We have no data on these agents of what's a safe and effective dose in children," he told The Times in an interview.

The FDA said it could not yet determine whether new regulations would result from the safety review, according to the newspaper.

A group of pediatricians and public health officials asked the agency Thursday to bar drug manufacturers from marketing such remedies as Toddler's Dimetapp, Infant Triaminic and Little Colds to children under 6.

A recent study by the federal Centers for Disease Control and Prevention showed that more than 1,500 children under 2 had experienced serious health problems - and three died - after taking common cold medicines in 2004 and 2005. The American College of Chest Physicians last year recommended avoiding using cough and cold medicines in children, especially young ones, the AP reports.

In above-normal doses, cold medicines can lead to heart arrhythmias, and some have been linked to hypertension and stroke when taken in high doses, The Times reported. In rare cases, children have had medical problems after taking recommended doses, the article said.

The president of the Consumer Healthcare Products Association, which represents companies that sell over-the-counter cold drugs, noted that the medicines had FDA approval and had been used for decades. They should be taken only in recommended doses, association president Linda A. Suydam said.

The pediatricians who petitioned the FDA Thursday acknowledged that children's cold medicines were generally safe in recommended doses, but they said overdoses were common because many children were given more than one medicine, among other reasons. They also questioned the drugs' effectiveness in children.

Many cold and cough drugs won FDA approval decades ago, when the agency's standards were less strict, The Times reported.