Global warming gases trapped in the soil are bubbling out of the thawing permafrost in amounts far higher than previously thought and may trigger what researchers warn is a climate time bomb. 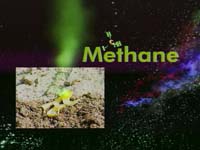 Methane - a greenhouse gas 23 times more powerful than carbon dioxide, is being released from the permafrost at a rate five times faster than thought, according to a study being published Thursday in the journal Nature. The findings are based on new, more accurate measuring techniques.

"The effects can be huge," said lead author Katey Walter of the University of Alaska at Fairbanks said. "It's coming out a lot and there's a lot more to come out," reports AP.

According to Nature, the Siberian lakes, which are formed in melting permafrost as temperatures rise, have long been known to emit methane — a more potent greenhouse gas than carbon dioxide. But it has been hard to quantify just how much methane was being released. Rather than being emitted in a constant stream, 95% of the methane comes from random bubbling in disperse locations.

To get around this problem, an international group of researchers, led by Katey Walter of the University of Alaska Fairbanks, pinpointed methane bubble zones by walking over two frozen lakes near the Northeast Science Station in Cherskii, finding spots where gas could be seen trapped in pockets under the ice. In some spots the bubbling was so fierce that the warm gas melted the frozen surface.

The team then returned in spring and set up 1-metre-wide, umbrella-shaped traps to capture and measure the gas: 25 traps were placed in random locations, with 16 more over point sources identified in the winter. The team also made ground surveys of 35 other lakes, and took aerial photographs of some 60 lakes in northern Siberia, to ensure that the two studied in depth weren't unusual.

Their results, when extrapolated, show that northern Siberia currently emits 3.8 million tonnes of methane this way each year — up to five times higher than previous estimates. The results, reported in Nature, suggest that the total release of methane from wetlands in the Northern Hemisphere may be between 10% and 63% higher than previously thought.