Despite his statement that he "implacably opposed" to cloning human beings in his new book he says the opposite. Calling new techniques are “safe” he says it would be "immoral" not to use the promise of new technology to help families. 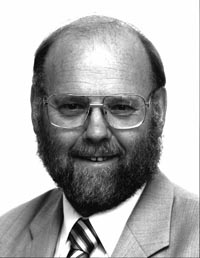 Professor Wilmut further argues that cloning a 100-cell IVF embryo is not the same as cloning a human.

In the book, the Edinburgh University-based professor describes how it would be possible to take an embryo affected by a hereditary disease and then remove its stem cells and modify the genetic fault which, left unchecked, would cause a condition such as Huntingdon's disease or cystic fibrosis, the Herald reports.

Professor Wilmut honed the process of cloning – nuclear transfer – with his large team at the Roslin Institute which culminated with the birth of Dolly in 1996.

The following year they unveiled Polly - a sheep altered to secrete a human blood-clotting protein in her milk, Scotsman reports.