Sexual desire is in your genes: Israeli research

Your sexual desire or lack thereof could be in your genes, scientists announced today. The discovery might change how psychologists view sexuality. 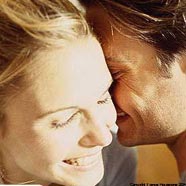 Sexual desire is in your genes: Israeli research

The scientists, at the Hebrew University of Jerusalem, examined the DNA of 148 healthy male and female university students and compared the results with questionnaires asking for the students' self-descriptions of their sexual desire, arousal and sexual function. They found a correlation between variants in a gene called the D4 receptor and the students' self-reports on sexuality, reports China Daily.

According to Epstein, the presence of a certain gene can make people a little bit less functional in terms of arousal and sexual charge while the presence of another rare gene gives people an edge in those areas.

The effect is small, but significant, as it shows that sexuality is not completely psychologically determined, the study concluded.

Another notable finding in the responses was that women and men were equally aroused by sexually-themed magazines and films, although women had significantly higher reports of sexual dysfunction, the report said, informs Sify.

According to Hindustan Times, Prof Ebstein hopes this study will not only open up new ways to tackle and treat sexual problems, but will also not send people with lower sexual drives straight to the therapists’ office.

"If you have a lower sex drive, it does not necessarily mean you should go to see a sex therapist to see if something is wrong with you," he said.

"As long as it is not causing a problem in your life, may be you don't have a problem. If it does not bother you or interfere with your life, then maybe you are best to just live with it," he added.

The study is the first to identify a specific gene variation linked to sex drive.