In the past year, two New Jersey laboratories have been unable to account for plague-infested mice and vials of deadly anthrax spores, and top state officials are scrambling to devise better ways to safeguard deadly material. 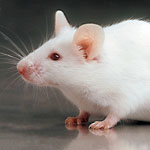 In both cases, authorities say they think the items in question were not actually lost, but were simply unaccounted for due to clerical errors.

They cannot say for sure and that has a Rutgers University microbiologist predicting more trouble if such substances are not kept at a central location secured by the federal government.

"The fact that they don't know the answer means they're not running a properly secured facility," professor Richard Ebright said of both cases. "The odds are that it was an accounting error, but it is very possible that one of the persons with access to the lab has removed that material."

Last week, state health officials said they could not account for two vials of anthrax bacteria once thought to have been stored at a government laboratory in Trenton. In September, a Newark health research lab lost track of three mice infected with the bacteria responsible for bubonic plague.

The mice were never located, and officials said the rodents might have been stolen, eaten by other lab animals or just misplaced in a paperwork error.

While the FBI and state authorities are investigating the possibility that the anthrax and mice were removed from the labs, they believe that no crimes have been committed. The state Health Department plans to tell federal authorities on Wednesday it believes the anthrax case is the result of a counting error.

Samples of anthrax have been stored at the Trenton lab since shortly after the October 2001 anthrax mailings that went through a Hamilton, New Jersey, post office, killing four people across the country and sickening 17.

Richard Canas, New Jersey's Homeland Security director, said it does appear an accounting error is to blame for the latest case. But he wants better safeguards put in place, including disposing of some of the samples.

"I think the genesis was that they were inundated with samples," Canas said. "What I would like to see is bringing this number down. Let's at least cull these down into something more manageable."

Ebright, who has been critical of the nation's bioterrorism safety efforts since the anthrax attacks, said more than 300 institutions nationwide and 16,500 individuals received government clearance to possess deadly bio-agents such as anthrax as part of a plan to study and protect the specimens, reports AP.