In Moscow, specialists conducted an MRI examination of an ancient Egyptian mummy from the Hermitage museum in St. Petersburg.  The mummy turned out to be the embalmed body of a man, even though it was originally believed that it was the mummy of a woman, RIA Novosti reports. 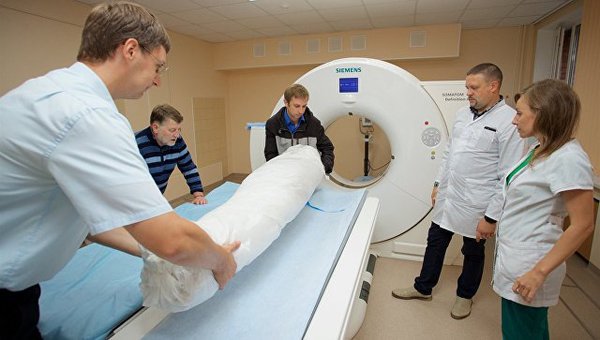 The study was conducted to find out the sex, the structure of the skeleton, the presence of various artifacts on the body, the possible cause of death and the age of the exhibit.

"The length of this mummified body is 160 centimeters, but, most likely, the person was 165-170 centimeters tall when he was alive. The male was 35-40 years old when he was embalmed. He had 30 teeth, and all of them are healthy," representative for the hospital said.

In the Oriental department of the Hermitage, there are two sarcophagus complexes consisting of internal and external wooden sarcophagi. They are the sarcophagus of a noble married woman named Babat, who was a singer in the temple of Amun-Ra, and the sarcophagus of the priest and the chief of gatekeepers of Pharaoh Pa-kes. The two sarcophagi are believed to originate from years 755 - 525 BC). The wooden sarcophagi of Babat and Pa-kes were delivered to the Hermitage from the Kunstkamera (cabinet of curiosities) in the 1990s of the XIX century.