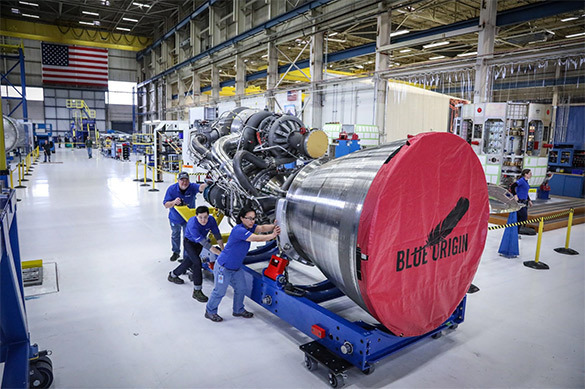 Representatives for the company said that test equipment was lost during the tests of the new BE-4 engine. Officials with the company referred to the incident as routine practice.

The RD-180 rocket engine is now used in the main stage of the US Atlas 5 rocket, which serves as a reason for many US officials to attack the rocket industry in light of USA's sanctions against the Russian economy.

In early March, US officials announced that the country was ready to refuse from the use of Russian rocket engines. Private company Blue Origin was developing an analogue to the RD-180 for nearly two years. The photo of the new US-made engine was posted on Twitter. However, experts casts serious doubts of America's success in this endeavor.