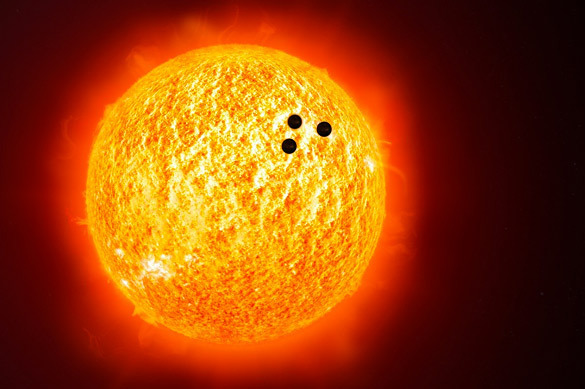 NASA published photos of the reverse side of the Sun, on which three UFOs were spotted. The photos were taken by STEREO spacecraft.

The camera mounted on the white corolla COR2 telescope captured three cylindrical objects that were moving one after the other along the same trajectory at the same speed. A source of light is seen on one of the UFOs - the light can be either a sun-reflective element or an object that accompanied the group of unidentified flying objects.

Ufologists said that the objects on the photos are huge. According to them, they are several times the size of the Earth. The speed, with which the objects were moving was incredible as well as the next photo taken by STEREO spacecraft did not show any of them.