Venezuelan scientists have supposedly established the type of the nano weapon, with which Venezuela's former President Hugo Chavez could be killed. 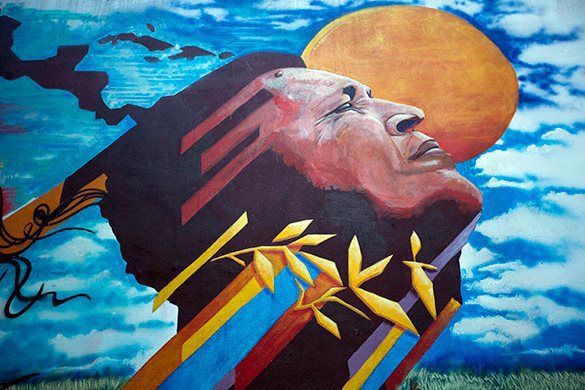 According to Aporrea website, the United States could be involved in the operation to infect the body of Hugo Chavez with cancerous cells. The US, the website says, had been developing a technology to infect the late Venezuelan president with an aggressive form of cancer since 2003.

According to the scientists, nano weapons can transport different types of nanoparticles capable of provoking a variety of diseases such as infarction, stroke, respiratory failure, dementia, AIDS and others.

The website assumed that a nano weapon could be used against seven leaders of Latin American countries, but only two of them were killed as a result: former President of Argentina Nestor Kirchner (died in 2010), and Hugo Chavez. The rest managed to recover from their illnesses.

Hugo Chavez died in March 2013 aged 58. Chavez was diagnosed with cancer in mid-2011. His remains are buried in a marble sarcophagus in the Museum of Revolution in the capital of Venezuela.

Interestingly, Venezuela's sitting President Nicolas Maduro and vice president Aristobulo Isturiz have expressed similar ideas before, although they admitted that they had no evidence to prove their words.