The last cargo spaceship of Progress M-M series that undocked from the International Space Station on March 30 will be reduced from orbit on April 8. 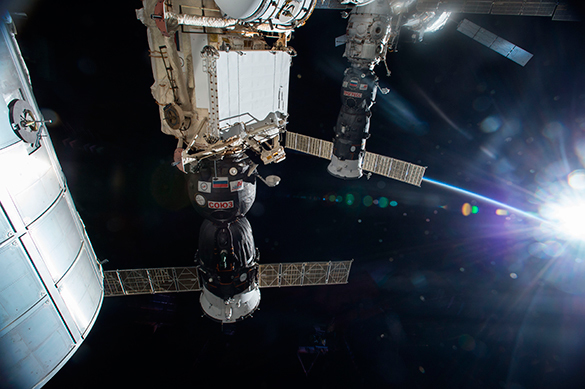 The fragments of the spacecraft that will not burn in the Earth's atmosphere will fall down into a non-navigational area of ​​the Pacific Ocean, officials with Mission Control said.

"The thrusters will be ignited for braking at 16:30 MSK, before the Progress enters dense layers of the atmosphere," Mission Control said, TASS reports.

Progress M-29M has been staying in free flight since March 30. During this period, there was a special experiment conducted to study the microgravity environment on board the ship.

Progress M-29M became a part of the space station on October 2, 2015. After the ship fulfilled its main task and delivered the cargo to the ISS, its engines were used for orbit correction. The craft is the last representative of its series. From now on, Progress MS spaceships will be used to deliver cargo to the station.