The results of a new study totally cut across  the world-famous "american dream".  It reveals that more than 8 million Americans seriously consider suicide each year. 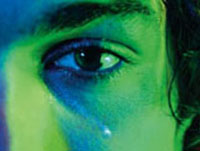 The new SAMHSA report is based on a survey of 46,190 people aged 18 and older. In the past, the question about suicide had only been asked of people who reported major depression but in 2008 it was added to all questionnaires.

_ Just 2.3 percent seriously considered suicide among those 50 or older.

_ Among people with a substance abuse disorder, 11 percent had considered suicide, compared to 3 percent for people without such disorders.

In fact, about 32,000 suicides occur in the United States each year, and the new study just indicates that many more give the idea serious thought, according to The Associated Press.