Russia buys gold from China. Most likely, Russia spent $80 billion of profit received from the sale of US Treasuries to purchase gold from China, Chinese news agencies report. 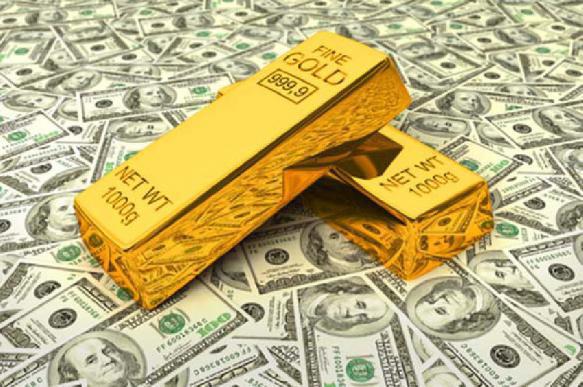 The Russian government has been taking measures to decrease the dependence of the Russian economy on the United States by disposing of US debt obligations and accumulating gold reserves. At the same time, Russia has become the largest buyer of gold from the Central Bank of China, the Phoenix newspaper wrote.

However, according to the Nezavisimaya Gazeta newspaper, sources at Russian financial circles found the allegations in Chinese media strange. According to unnamed sources, it would be strange for Russia to purchase gold for dollars when it is possible to buy gold for rubles. In addition, China has also been ranked as a major buyer of gold even though the Chinese authorities do not disclose the information about the amount of the nation's gold reserves.

Most likely, the opinion of Chinese analysts is based on the fact that the Moscow Stock Exchange and the Shanghai Gold Exchange signed a memorandum of understanding to develop cooperation between the two exchanges in the sphere of gold trade.

"Officially, the Central Bank of the Russian Federation does not discloses the sources, from where it buys gold, but this is not important. In general, the trend of the Russian economy to switch from the West to the East is getting stronger every time the West imposes new sanctions on Russia," financial analyst Valery Bezuglov told the newspaper.

The Central Bank of Russia withdrew about 80 billion dollars from US Treasuries from January till May 2018. It remains unknown what the bank spent the money on afterwards.

Europe wants its gold back from US
gold russian economy russian central bank sanctions against russia
21:11
Will the Union of Russia and Belarus be legitimate?
19:06
Explosion in apartment building in Tatarstan's Naberezhnye Chelny
18:12
Roscosmos to unveil Zeus orbital complex in Dubai
17:13
Checkpoints to check people's vaccination codes to become reality in Sevastopol
15:44
In Crimea, morgues can no longer cope with COVID-19 mortality
21:20
Russia wonders how the West may to switch to green energy if it needs black coal
19:29
Cinematographer Halyna Hutchins, shot by Alex Baldwin, was of Ukrainian origin
18:31
Burning Russian satellite wows Americans
15:24
Russia proceeds to test Superjet New aircraft with Russian-made engine
14:18
Fifteen killed in explosion at gunpowder-making plant in Russia
Former USSR
Will the Union of Russia and Belarus be legitimate?