Tensions and discontent in Russia grow, but mass protests still not likely

An opinion poll conducted by Levada Center showed a sharp rise in tensions among the Russian population. Researchers compared the results of the poll with indicators from 1998, when Russia experienced a default. 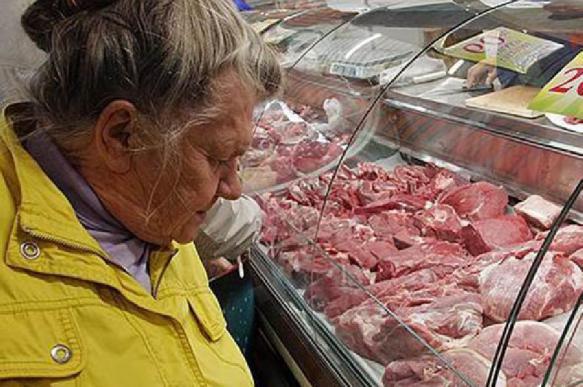 General anxiety and discontent has been growing in Russia recently. The Russians are particularly concerned about growing prices (72 percent of respondents), and the impoverishment of the population (52 percent). Almost every other respondent expressed their concerns about unemployment (48 percent).

As many as thirty percent of respondents complained of the crisis in the Russian economy and the unfair distribution of revenues. Twenty-one percent spoke in favor of the crisis of morality and culture.

The poll also showed that the Russians become increasingly concerned about environmental problems (an increase from 14 to 25 percent) and the growing number of crimes (from 8% to 15%).

The Russians are least concerned about terrorist attacks in Chechnya and in the North Caucasus (3%), conflicts in power (3%), about the growing epidemic of AIDS (4%) and restrictions of civil rights (6%).

Sociologists find it difficult to predict whether the growing discontent in the Russian society will evolve into mass protests.

Earlier, it was reported that Putin's recent address to the nation in connection with the pension reform lowered the level of protest sentiment among the Russians. A poll conducted by WCIOM public opinion research fund said that as many as 71 percent of Russians consider mass protests against the intention of the Russian government to raise the retirement age in the country useless. In July of this, this opinion was shared by 51 percent of the polled.

It is worthy of note that the Russians will go to the polls on the single voting day of September 9. It is believed that opposition activists will hold mass protest actions in the country the same day.

pension reform russian people retirement age protests in russia russian opposition
19:44
Europe unhappy with both too much and too little gas from Russia
17:04
Americans fear Sukhoi Su-57 will 'kill their F-35
16:14
Russian Ka-52 combat helicopters intimidate Turkey with 'death carousel'
13:44
Michelin brings its stars to Moscow for the first time in history
19:33
Will the Russians vote for Putin in 2024?
16:09
Turkish army prepares to invade four Syrian cities
14:57
Russia to resume air traffic with 13 countries in early November
14:07
Russia records largest number of COVID-19 cases since pandemic start
13:13
Turkish national currency falls to record low against US dollar
21:31
Why did Moscow welcome its enemy Nuland?
Health
Four mutants of the coronavirus