Russian Ambassador to US speaks about aftermath of Putin-Trump summit

Russia's Ambassador to the USA, Anatoly Antonov, summed up the results of the recent Putin-Trump summit in Helsinki, Finland. 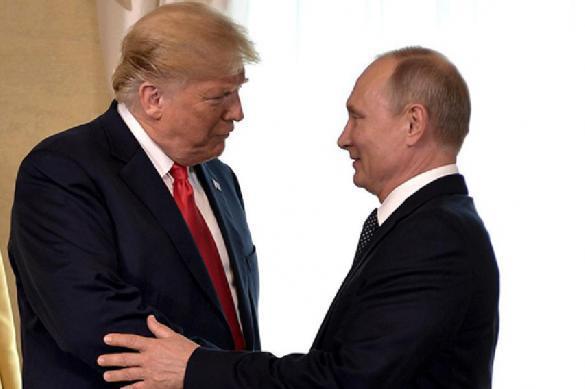 According to him, there were no secret agreements made between Vladimir Putin and Donald Trump. Mr. Antonov believes that it will be extremely difficult to ensure the implementation of the agreements that the presidents of the two superpowers reached in Finland. Both mass media and the US government will take every effort to stop that from happening, the Russian Ambassador to the USA said.

The West has been criticizing Donald Trump a lot lately after his meeting with Russian President Putin. Former CIA Director John Brennan stated that the recent actions of the American president in Helsinki constituted a serious crime. Senator John McCain said that the summit in Helsinki was a mistake, and Donald Trump thus disgraced himself before the whole world. Former California Governor and world-famous actor Arnold Schwarzenegger called Donald Trump a "wet noodle" and a "fan boy" who wanted to take a selfie with Putin.