The Putin-Trump summit in Helsinki was held under the protection of the Northern Fleet of Russia. 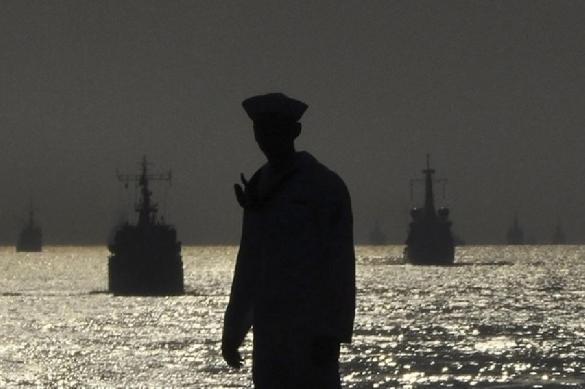 "The forces of the Northern Fleet that arrived at the naval parade in St. Petersburg were not secured in roadstead. Instead, the ships were left in anchorage near the territorial waters of Finland. The parade with the participation of Russian nuclear submarines and missile cruisers will be held after the summit," Captain Vrungel Telegram channel said prior to the meeting in Helsinki.

"Russian warships were anchored off the coast of Finland," many people wrote on social media as they were watching the ships with the help of special services.

"The Americans say that it's best to negotiate when you have an aircraft carrier in the roadstead." Donald Trump made it happen in real life, when he held talks with DPRK leader Kim Jong-un. Well, Putin had his own "aircraft carrier in the roadstead," another source said, specifying the vessels as a heavy nuclear missile cruiser and a missile cruiser.

It is worthy of note that Russia's Varyag cruiser and large anti-submarine ship Marshal Shaposhnikov "took part" in the G20 summit in Brisbane, when then Australian Prime Minister Tony Abbott promised to shirtfront Putin and shake his (Russian) soul out of him. Instead, however, Abbott let Putin hold a koala bear.

"In fact, this is normal and well established practice. Indeed, when Putin was at the G20 [in Australia], a group of Russian warships appeared in the Pacific," a high-ranking source at the Russian General Staff told Pravda.Ru. "Mark Binskin, a RAF Marshal, reassured everyone back then that the Russian ships were staying in international waters, which was permissible," the source added.

Russian warships also accompanied officials during the OPEC summit in Singapore in 2009.

Representatives of the Northern Fleet told Pravda.Ru that they do not report anything to journalists about training and combat missions.