So, Australian Prime Minister wants to shirt-front Russia's President Vladimir Putin, does he? It is difficult to find a more blatant example of childishness, incompetence for the position, criminal intent, downright nastiness and an indication of a disturbed mind crying out for therapy. Don't the Australian people deserve better? 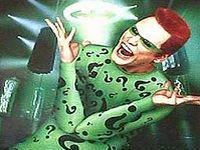 After your reckless remarks and unfounded, slanderous insinuations about Russia shooting down a civilian aircraft and murdering Australian civilians we now have apparently a statement attributed to you by the media of your country about intending to "shirt-front" President Putin on his visit to Brisbane in November for the G-20 Summit.

Firstly, you knew the meaning of the word "shirt-fronting" very well when you chose it and in this case, if you seriously think you can physically confront your guests and assault a visiting Head of State and walk away freely, then you are mistaken. For a start, the very use of the expression possibly renders you liable for prosecution for criminal intent and incitement to violence and in any civilized country you would be forced to resign for using it. Like yesterday. Next, while I do not speak for President Putin, if someone "shirt-fronted" me, then I would throw the perpetrator over my shoulder, slam him onto his back on the floor behind me, place my boot on his face and ask "What was that you were saying?" before I saw him scurry away sniveling to his sister's for a clean pair of Y-fronts.

The second possibility is that by "shirt-fronting" you meant "confronting", in which case in your position you should learn the implications of your words, because threatening a visiting Head of State is perhaps the most crass example of stupidity the world has seen since the USA, the UK and Australia murdered Iraqi civilians in an illegal and criminal series of war crimes, quite apart from being the most blatant case of irresponsibility demonstrated by any Australian since the slaughter of the Aborigines.

The third possibility is that you are full of hot air, or in plain English, piss and wind, and what you say, the promises you make, can be taken with a pinch of salt. Here today and gone tomorrow. The sort of "man" who feels the need to make teenage-type comments and threats against a visiting Head of State belongs in a grade school playground bullying the primary school kids...but like any bully, there comes a day when you pick on the wrong person, get your teeth smashed in and go running home to mummy blabbering like a ninny. Do I hear a collective cheer from the Australians as they read this?

So Mr. Abbott, if you hadn't made your puerile comments about President Putin and Russia, you wouldn't be defending yourself in one of the largest uproars in recent Australian politics. A civilized politician in a civilized country would wait for the results of the enquiry into the plane crash before mouthing off in all directions saying Russia did it.

So when you confront President Putin with that line about Russians murdering Australians, the answer will be keep your slanderous comments to yourself and mind your own business, especially after your country took part in the illegal and murderous campaign in Iraq. How many civilians did Australian forces murder or torture over there? When you confront President Putin about Russians murdering Australians, ready yourself for a law suit over slander.

Russia, like every other member of the international community, deplores the death of civilians, whether they are Malaysians, Australians, Dutch or whatever and like everyone else called for a full enquiry. It is not yet clear even whether the aircraft was downed by a surface-to-air missile, an air-to-air missile or machine-gun fire from a Ukrainian Su-25, so wait for the enquiry before making your odious accusations and sounding like a foul-mouthed, despicable, pith-headed and uncouth, loutish oaf.

Mr. Abbott, what is wrong with this world is people like yourself, political opportunists who hold their people and country to ransom while they obediently kowtow to the lobbies which pull their strings. President Putin's popularity ratings are up above 90 per cent, that is ninety per cent. What are yours?