Russians do not want 'superpower status' - they want full fridges

The Russians will remember Vladimir Putin's third presidency for the efforts that led to the revival of Russia as a superpower. At the same time, however, the distribution of income still remained unfair. Are the Russians ready to make sacrifices endlessly? 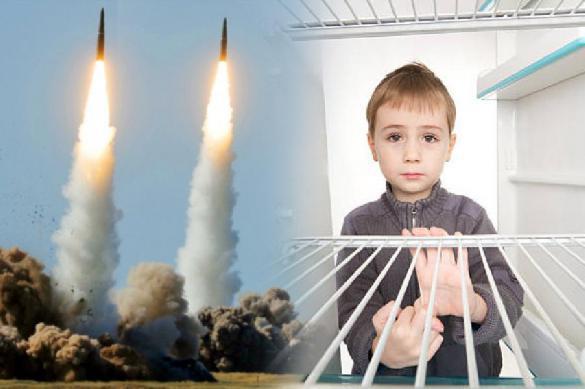 According to recent polls conducted by WCIOM and Levada public opinion research centres, 45-47 percent of Russians consider the retrieval of the status of a great power to be the main achievement of Putin's presidency from 2012 to 2018. About 45 percent of respondents, that is the same number, believe that the head of state failed to ensure "a fair distribution of income in the interests of ordinary people."

President of the Institute of Regional Projects and Legislation, Boris Nadezhdin, told Pravda.Ru that Russia has two signs of a superpower: a strong army and membership in the UN Security Council. "In terms of prosperity, economic development and life expectancy, we, unfortunately, are not among the world leaders. This is what people pointed out," the political scientist said in an interview with Pravda.Ru.

Russia has become a superpower in military terms. Putin made Russia become larger as a result of the Crimean referendum. Yet, there were certain failures in Putin's presidency as well - for example, economic stagnation.

"Most Russians support Russia's reunification with the Crimea and efforts to modernise the army. Those people are happy and are ready to endure hardships further. On the other hand, the educated part of the population does not like the fixation on Armata tanks and Iskander missile systems. A lot of people prefer to leave Russia and move to the territory of a probable enemy," Boris Nadezhdin concluded in an interview with Pravda.Ru.

The head of the fund for electoral processes and politics, Andrei Mironov, told Pravda.Ru that against the backdrop of sanctions and an aggressive information war, the Russians always begin to unite, but the bulk of the population wants social reforms to take place.

Mr. Mironov does not think that the population is ready to endure hardships in favour of maintaining the status of a great power. "If it were a real war that would imply military actions, then the population of Russia would be prepared for privations. Yet, I do not think that people will be willing to look into their fridges and see less food there now. They do not want worse healthcare and worse education either. In a nutshell, people want their fridges to be full," Andrei Mironov said.