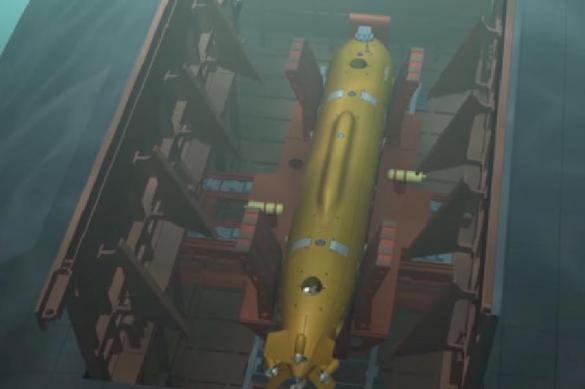 According to Business Insider, the Status-6 unmanned submarine has enormous destructive power and can carry warheads with a capacity of 50 megatons. Nuclear weapons of this capacity can produce an underwater explosion, the consequences of which will be comparable to the 2011 tsunami in Japan.

According to experts, such an underwater explosion may cause giant 100-meter waves. It was earlier reported that the US military came to conclusion that the Russian underwater Status-6 vehicle was a challenge to which the United States had no answer.

Senior Research Fellow at the Heritage Foundation, Thomas Callender, a retired US Navy officer, said that given the maximum speed of the Status-6 of more than 29 meters per second and the depth of submersion of more than a kilometer, this makes the new Russian submarine a difficult target to destroy with the help of active weapons, The National Interest wrote.

The United States currently has Mark-48 torpedoes, which, with a maximum range of 55 kilometers and a submersion depth of 800 meters, are incapable of destroying the Status-6.