Putin to reshuffle government after inauguration

Russian President Vladimir Putin, who won the presidential election in Russia with 76.67 percent of  votes, said that he would reshuffle the government after the inauguration ceremony. 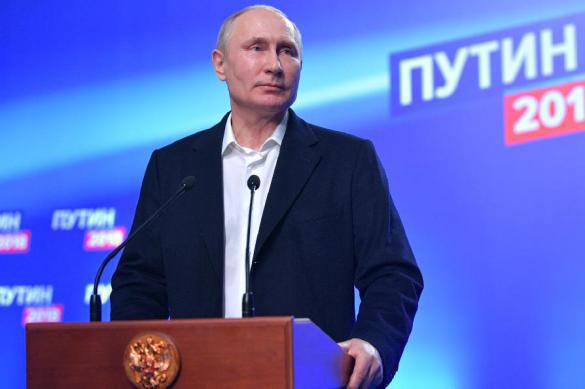 According to him, "all changes in the government should be carried out by the sworn-in president, so now I will think about what should be done and how. I think that main changes will take place after the inauguration."

Putin added that he would also pick the candidate for the position of the prime minister. "As for the chairman of the government, I think about it too, but I begin thinking about it substantively from today," he said.

Putin stressed that Russia faces complex challenges that need to be addressed "not just as usual." "We need to make a breakthrough, it was not incident that I spoke about it in the address [to the Federal Assembly]. We can do it, we have all the reasons to believe so and achieve this result," the president said.

Putin's victory at the election has set a personal record for him too. No other leader has ever had such support from the people in Russia's modern history. Putin's 76 percent accounts for more than 50 million votes.