Acting Russian President Vladimir Putin is winning the presidential election in the country in a landslide victory. The election of the Russian President ended at 9:00 p.m. The top three includes Vladimir Putin, Pavel Grudinin of the Communist Party and Vladimir Zhirinovsky of the Liberal and Democratic Party. The results of other candidates are extremely low. Ksenia Sobchak comes fourth with 1.8 percent. 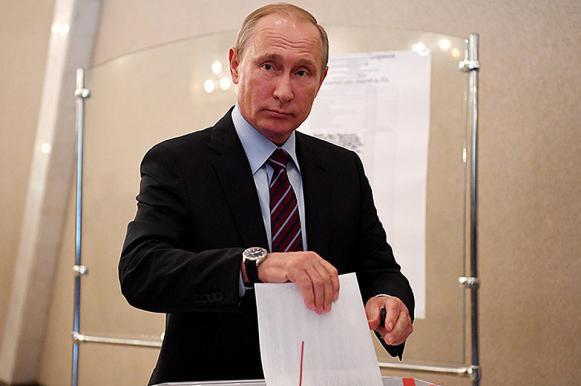 Chairwoman of the Central Electoral Commission Ella Pamfilova said that the preliminary outcome of the election will be known by 2-3 a.m.

The turnout at the elections as of 6:00 p.m. made up 60 percent. Thus, Vladimir Putin will most likely rule Russia for another six years.