During Putin's Address to the Federal Assembly, a video was shown on screens to demonstrate the possibilities of hypersonic weapons. President Putin said that Russia has already started the serial production of this weapon. 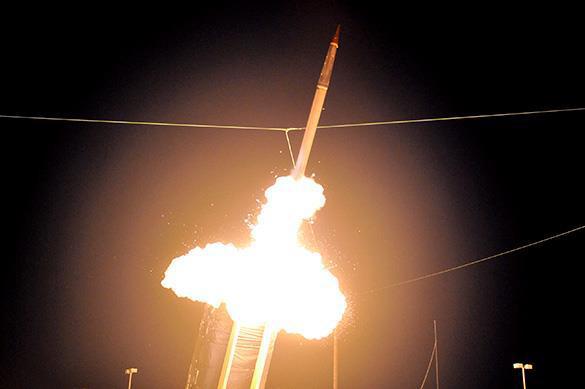 The new weapon is called "Avangard."

"This system differs from existing models of weapons for its ability to fly in dense layers of the atmosphere to intercontinental distances at a hypersonic speed exceeding the Mach number by more than 20 times," the president said.

The winged unit of the system is capable of maneuvering, deviating from the flight trajectory for a distance of up to a thousand kilometers. Such maneuvers make the system "virtually invulnerable" to any type of missile defense, the president said. The flight of the impact unit can be controlled even though it gets heated up to plasma formation temperatures when entering the atmosphere - 1600-2000 degrees Celsius. "It goes to the target like a meteorite, like a burning ball," Putin said. The weapon was made possible thanks to the use of new composite materials.

The video of the simulated flight of the new weapon showed the takeoff of the system, its flight into space, where it a stage separates from the block before it proceeds to sharp maneuvering to bypass air defense systems. To reach the target, the impact unit enters the atmosphere and strikes a destructive blow.