Russian President Putin, who is also a presidential candidate for the 2018 elections in Russia, called the former head of the Moscow anti-doping laboratory, informer of the World Anti-Doping Agency (WADA), Grigory Rodchenkov, a "jerk" who escaped abroad. Rodchenkov, Putin said, has problems with law and should therefore be imprisoned. 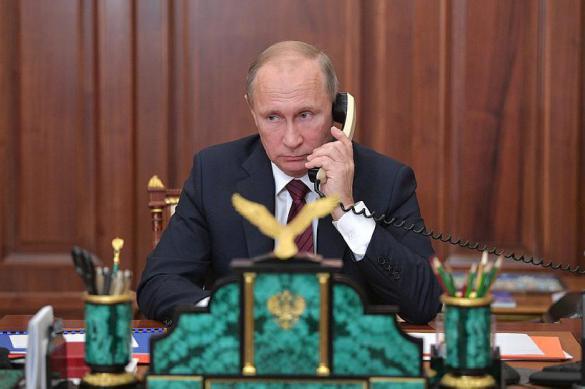 On Tuesday, Jan.30, Putin held a meeting with his envoys at Gostiny Dvor.

"Now they have caught this jerk, Rodchenkov, and took him there [abroad]. Look, the man obviously has problems with law  - he says he was engaged in illegal activities, he should be put in jail. Instead, he was appointed the head of the Russian anti-doping laboratory," Putin said.

"He [Rodchenkov] attempted to commit suicide, and he has said that himself. Well, God bless him, I wish him well, but this speaks of something, of problems. And everything [in the doping case] is based on this man's testimony, on the testimony of the man, who can hardly be trusted in life. We are told that he works under the control of US special services and that's good. Whom is it good for? This is not good for us," the president added.