Deputy Prime Minister Dmitry Rogozin said that Moscow has a "moral right" to count on financial "returns" from efforts to liberate Syria from terrorists. According to Rogozin, Russia has the right to develop its projects in this country, RIA Novosti reports. According to the vice-premier, Russia counts every kopek and every ruble it invests in Syria. 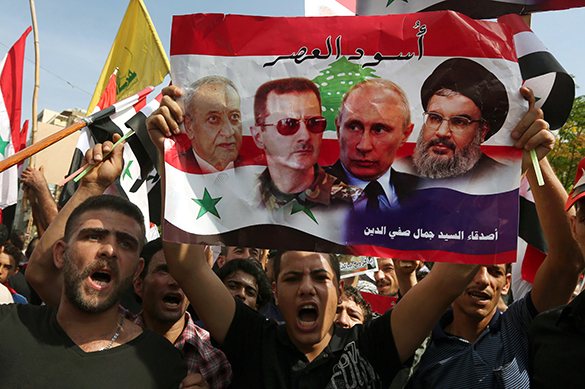 "Russian companies have a moral right - especially in the presence of our military men - to develop major economic projects in Syria," Rogozin said, noting that, despite the massive scale of destruction, Syria remains an "infinitely rich country."

"We need to think how to make money for our budget, for our citizens, for all those people who also expect Russia's great work in Syria to return," Rogozin said. The restoration of the Syrian economy should be carried out as quickly as possible, because even after the end of hostilities in the country, redistribution of spheres of influence will continue along with the "struggle for the minds" of the Syrians, the official believes.

Speaking about potential joint projects of Syria and Russia, Rogozin mentioned oil-producing facilities, restoration of infrastructure facilities, railways, port, and electricity. According to him, Damascus intends to work exclusively with Moscow in the field of restoration of the energy industry of Syria.

The largest phosphate deposit is located in Syria, the official said, whereas phosphate fertilisers are in demand in many countries. Moscow and Damascus have already agreed to create a joint operator for this field.

Rogozin also said that Syria can be used as a base for the export of Russian wheat to neighbouring countries. According to him, Moscow continues negotiations with Syria to obtain security guarantees for Russians who will go to work to Syria, as well as for Syrian citizens who will work to materialise joint projects.

On December 11, Russian President Vladimir Putin arrived at the Russian air base in Syria's Hmeymim and ordered the withdrawal of most of the Russian contingent from the country.