On Hmeymim airbase in Syria, Russian President Vladimir Putin stated that Russian servicemen were returning from Syria as victors. 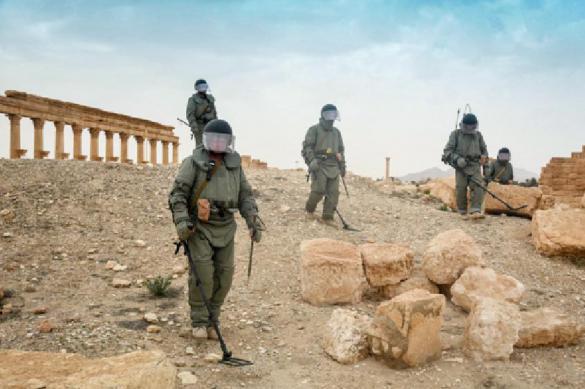 "You are returning home, to your native places, your relatives, parents, wives, children, friends, and you are returning as victors. Your Motherland is waiting for you, friends. Good luck. Thank you for your service," Putin said in, Interfax reports.

The Russian president also said that Russia would strike a more powerful blow on terrorists, "if they raise their heads again."

"If terrorists raise their heads again, our attacks on them will be even stronger," Russian president added.

Vladimir Putin's aircraft landed on Hmeymim airbase of the Russian Air Force in Syria in the morning of December 11.

When on Hmeymim, Putin ordered to start the withdrawal of units of the Russian troops from Syria to Russia.