Pentagon can not accept Russia's victory over terrorists in Syria

Russian President Vladimir Putin paid a visit to Russia's Hmeymim airbase in Syria, where he ordered to pullout Russian troops from Syria. Speaking to the military, Putin stressed that the Russian armed forces, together with the Syrian army, have defeated a massive group of international terrorists in Syria. 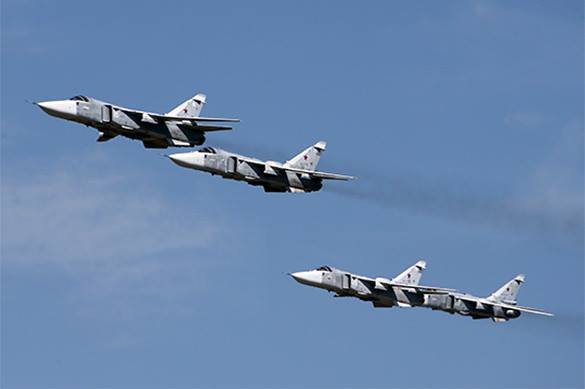 "In this connection, I made a decision: a significant part of the Russian military contingent in the Syrian Arab Republic will return home, to Russia," the Supreme Commander-in-Chief said. "You are returning to your homes, to your relatives, parents, wives, children, friends as victors. Your Motherland is waiting for you, friends. Good luck, I thank you for your service," Putin said.

The President added that in case of attempts to break peace in Syria, terrorists will face the strikes, "which they have not seen before."

According to member of the Association of Military Political Scientists, Andrei Koshkin, Putin's remarks about the future targeted the political forces that oversee terrorists. "If they think to use the territory of Syria again for hostilities, then Russia would come to stop them again. In a nutshell, Putin made it clear that Russia would not leave Syria alone, without the help of the Russian Air Force," the expert told Pravda.Ru.

Commenting on the statement from officials of the Pentagon, who believe that it was the US-led coalition that contributed most to the destruction of the Islamic State* terrorist organisation, Andrei Koshkin noted that one could also recall statements from radical Islamists, who said that they did not lose, but changed the tactics.

"We must understand that the media confrontation continues. The Pentagon can not accept the fact of Russia's victory in Syria. The US-led coalition was bombing terrorists for a year. It just so happens that Russia has solved the problem despite all the efforts of those, who think of themselves as the strongest army of the world. Their self-esteem has been hurt," said the expert.

As for the part of the Russian contingent that is going to stay in Syria for the time being, Andrei Koshkin believes that it will most likely be deminers, employees of the Center for reconciliation of the parties, and crews of anti-aircraft missile systems that protect Russian facilities in Hmeymim and Tartous.

*Banned on the territory of the Russian Federation