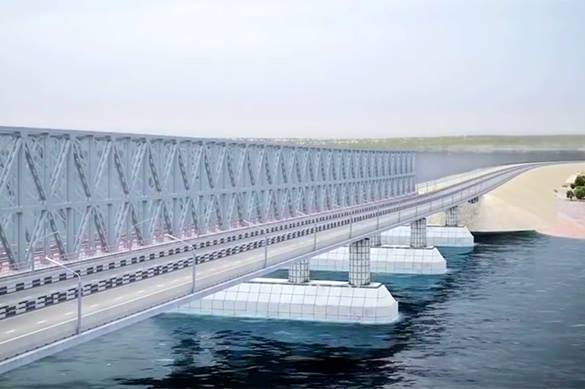 The Kerch bridge - the bridge to link the Crimea with mainland Russia - is to be launched as early as in December of 2018.

The section of the bridge for motor vehicles is said to be completed already in December of 2017,  Deputy Director General for Infrastructure Projects of LLC Stroygazmontazh, Leonid Ryzhenkin said.

Two sections of the bridge - to Kerch and to Taman - are to be completed before workers can proceed to maintenance and improvement works. Builders have installed 228 supports of the road section of the bridge to the Crimea.

Nine kilometres of the 19-km bridge have been fully asphalted, whereas the total length of the fully finished roadway of the bridge is 8.5 kilometres.