The Ministry of Defense of Belarus sent an invitation to observers from seven countries to attend the joint Russia-Belarus Zapad-2017 (West-2017) military exercises. According to the press center of the defense ministry, invitations were sent to representatives of Ukraine, Poland, Lithuania, Latvia, Estonia, Sweden and Norway. The observers were invited within the framework of the Vienna Document 2011 of the OSCE "On Confidence- and Security-Building Measures." 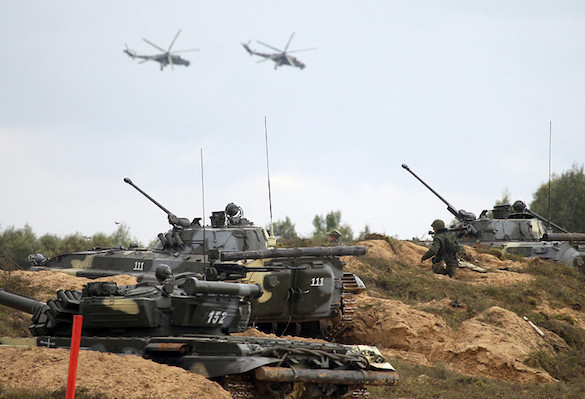 The department added that representatives of the military and diplomatic corps accredited by the Ministry of Defense of Belarus, as well as representatives of international organizations, such as the UN, the OSCE, NATO, the CIS, the CSTO and the International Committee of the Red Cross (ICRC) were also invited to observe the drills.

It is worthy of note that NATO Secretary General Jens Stotenberg and Polish President Andrzej Duda will discuss the upcoming exercises during a meeting in Warsaw on August 24.

The joint Russia-Belarus military exercises will kick off on September 14. The maneuvers triggered heated discussions in Western media. An article published on The New York Times on August 1 said that Russia was going to send nearly 100,000 troops to NATO's eastern borders. According to the publication, Russia is making a large step in its military build-up to bring Cold War days back.

NATO will send 600 commandos to Europe and cancel the rotation of military forces in Poland for the entire duration of Zapad-2017 drills.