Russian FM explains Russia's actions in the war of sanctions

Russia will not act to the detriment of its own interests in the "war of sanctions" that the West unleashed against it, Russian Foreign Minister Sergei Lavrov said. 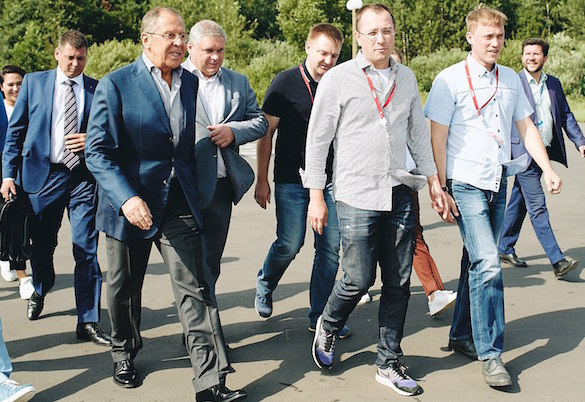 Speaking at "Territory of Meanings" forum, Sergei Lavrov said that some of Western elites would like to see Russia weak. To achieve this goal, the "war of sanctions" was started to force Russia make concessions to the detriment of its interests.

"We will not do anything to the detriment of our own interests, and everyone knows that," Lavrov said.

At the same time, he noted, international relations have already reached a turning point. The era, in which the West was playing the dominating role for several centuries, is going down in history, and the world may already see the emergence of what is called the polycentric world order.

Along with Western countries that were pioneers of the development of the world, new centers of economic growth and financial power emerge.

"These new countries want to defend their interests by participating in the formation of the international agenda, setting their own tonality, especially with regard to regions where corresponding centers of power are forming," Lavrov said adding that it goes about such countries as China, India, Brazil, South Africa.