US to open second front of war of sanctions

Senior advisers to US President Donald Trump discuss options for punishing China, Politico wrote with reference to sources in the administration of the US president. 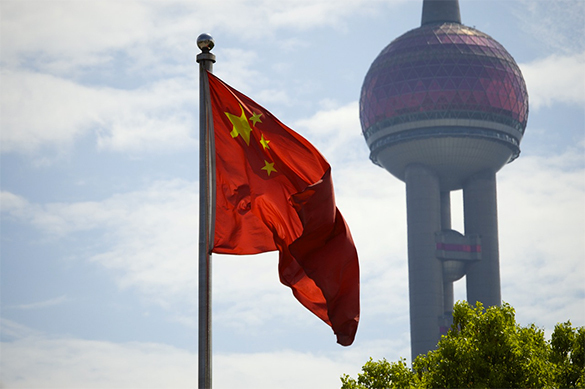 According to the publication, the White House will continue discussing opportunities to introduce either trade embargo or economic sanctions against China because of the situation with North Korea (DPRK). According to Washington, Beijing makes insufficient efforts to prevent the DPRK from creating nuclear weapons that threaten the US and its allies in the region.

President of the Foundation for Economic Research, economist and publicist Mikhail Khazin, believes that the sanctions war will cause financial markets to collapse, and the world may eventually fall apart into several regional zones.

"What economic sanctions do you think the US can introduce against China? Will the Americans open the second front of the war?"

"The situation itself is funny. It's hard to imagine what they may come up with. Their outlook is completely different from ours. They think differently, and it's difficult to give any forecasts."

"How may the world change because of the war of sanctions?"

"Financial markets may collapse - this is a key factor. The sooner they destroy the world markets and the well-functioning system, the sooner the world will break down into regional zones. This is what Trump wants, whereas the liberals who are at war with him do not want this."

"What does Trump need an isolation system for?"

"Trump is an isolationist, and he has a team of transnational financiers confronting him."

Director of the analytical department of Alpari, Alexander Razuvaev, in turn, believes that the US aggravates the already unstable situation in the world.

"If the US imposes sanctions on China, what consequences may it lead to for the world financial system?"

"The Americans resort to sanctions in an attempt to solve their problems. The imposition of sanctions against Russia has a goal to oust Gazprom from Europe. As for China, it is believed that it is China that masterminds the crisis in North Korea. The United States has a huge turnover with China, and it is now fundamentally important for the United States to put pressure on China. China is the largest holder of the US debt with Japan following next.

"It is already clear that the Americans lose the "controlling package of sanctions" in the global world, but they are still trying to act by usual methods, promoting their economic interests. The USA wants to increase their exports, create new jobs and so on. Yet, one can not build barriers for no reason, given the fact that the world is a free market. This requires an explanations, and the Americans explain everything with sanctions.

"Some call Trump a monkey with a grenade - I do not agree with that. I believe that he acts very pragmatically, primarily in the interests of the American business. He tries to support American companies in the global economy."

"What kind of sanctions can the USA impose on China?"

"Most likely, restrictions will be introduced against Chinese exports. They may try to bring some productions from China back to the USA. The war of sanctions will make the world even more unstable. The world has entered the period of volatility."