A  solemn ceremony was held in the city of Sevastopol, the Crimea, on Aug. 9 to celebrate the arrival of the Krasnodar diesel-electric submarine. The submarine has arrived to join the Black Sea Fleet of the Russian Federation, TASS reports. 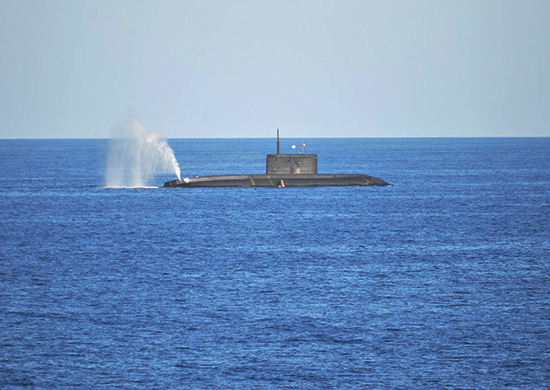 Black Sea Fleet Commander Admiral Alexander Vitko told reporters that the arrival of the Krasnodar submarine - the fourth submarine in Sevastopol - completed the formation of the submarine group of the fleet.

The Krasnodar set off for a mission to the Crimea four months ago. During this time, the submarine conducted two successful attacks on objects of the Islamic State terrorist organisation (banned in Russia).

The commander of the Krasnodar, Captain Stanislav Rzhitsky, expressed gratitude to relatives and friends of the submariners, who came to see their husbands and fathers.

The Krasnodar submarine is a Russian diesel-electric submarine of project 636.3 Varshavianka built in 2014.