Russia and the United States are about to resolve the problem related to the arrested Russian diplomatic property in the USA. However, the final solution to the problem is nowhere in sight. 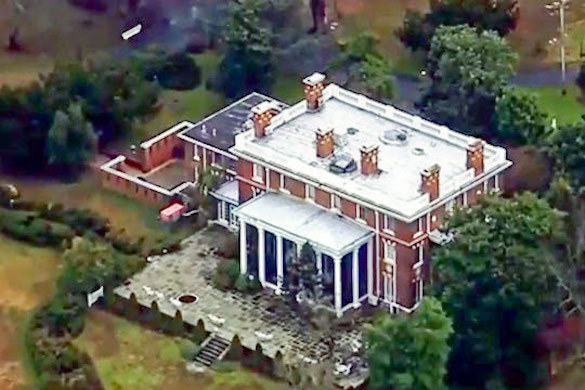 After three-hour talks between Deputy Foreign Minister Sergei Ryabkov and US Under Secretary of State for Political Affairs Thomas Shannon, the Russian representative said in response to a question about the settlement of the problem: "Almost, almost." The media made their conclusions on the basis on Ryabkov's brief answer.

At the same time, many publications note, the American side has ignored the question.

Yesterday, speaking at a hearing in the Senate Foreign Relations Committee, US First Deputy Secretary of State John Sullivan said that the administration would consult the Congress on the issue of the Russian diplomatic property, whereas the agreement itself had not been reached yet.

White House representatives do not want to comment on the question of the Russian diplomatic property in the USA. They redirect all questions on the matter to the US State Department.

Officials with the Russian Foreign Ministry said that Moscow reserves the right to take retaliatory measures unless Washington resolves the problem with the Russian diplomatic property in the US and other sensitive issues.

Russian Foreign Minister Sergei Lavrov gave his assessment of the conditions that the United States proposed for the return of Russia's diplomatic property.

"If this is the case, then this is robbery in broad daylight. How can they withdraw the property the affiliation of which is regulated in the bilateral intergovernmental ratified document?" Lavrov said.

Earlier, a high-ranking US official stated that the White House would like to "have something in return" for the Russian diplomatic property.

In late 2016, the Barack Obama administration imposed sanctions on Russia by blocking diplomatic premises of the Russian Federation on the territory of the United States of America. In particular, access to suburban country houses of Russia's permanent mission in New York and the Russian embassy in Washington was denied.